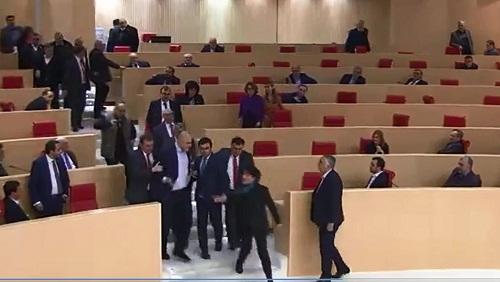 An incident happened in the Georgian Parliament.

Few MPs felt bad after the incident. The ambulance was called to the Parliament.

A technical break was announced at the meeting. The law enforcement officers are conducting an investigation in the meeting hall at the present.

Investigation still underway. The police and security services are looking for the provacateurs.