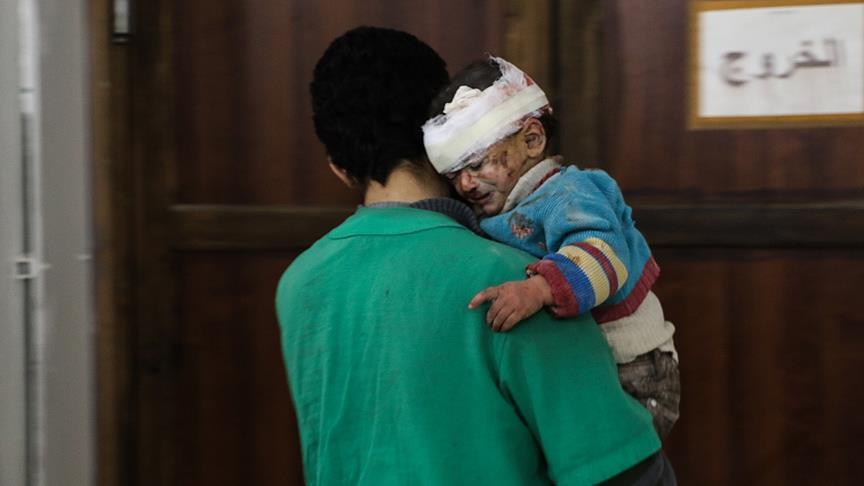 "I strongly condemn the attacks of the Bashar Assad regime against the civilian population in Idlib," Emmanuel Macron told reporters while arriving at a European Union leaders summit in Brussels, the EU capital.

"There is no reason for not respecting international humanitarian law," he stated, adding that the attacks also target civilian institutions and healthcare centers.

"I have seen one of the worst human dramas in Idlib over the past several weeks."