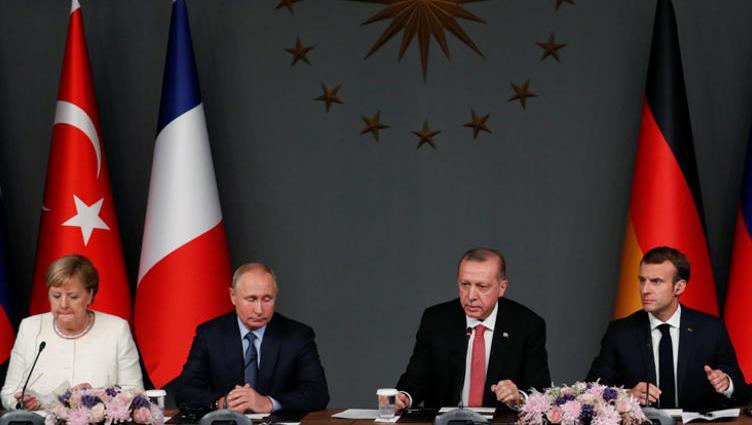 According to me and Merkel, the situation in Idlib could be resolved immediately by a ceasefire. We wanted it from the Russian and Syrian regimes.

Axar.az reports this statement was made by French President Emmanuel Macron.

Macron said he had a telephone conversation with the leaders of Turkey and Russia and said that the pro-Russian Assad regime was moving forward in Idlib:

"Idlib is at an increased risk of military tension. Two Turkish soldiers were killed yesterday. Dozens of people were killed earlier. This is a very risky situation. This could also lead to a migration crisis. We talked to Putin and Erdogan very clearly. Putin has a role and responsibility."