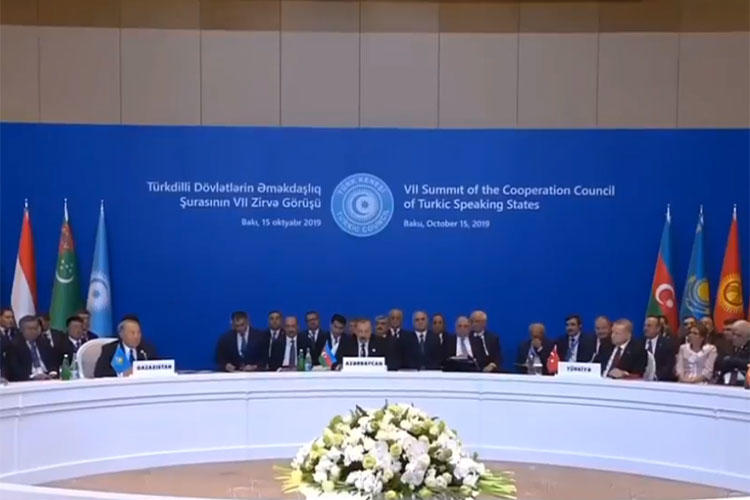 The Armenian-Azerbaijani Nagorno-Karabakh conflict must be resolved within the internationally recognized borders of the Republic of Azerbaijan, on the basis of respect for its sovereignty and territorial integrity.

Axar.az reports that, the statement was published on the official website of the Turkish Council.

"Secretary General of the Turkish Council Baghdad Amreyev expressed deep concern and strongly condemned the artillery shelling of the densely populated border region of Tovuz, and thus the escalation of tensions in the region. The Secretary General expressed his condolences to the families of the dead, as well as to the people and government of Azerbaijan, and wished the wounded a speedy recovery. He called on the parties to immediately cease hostilities, de-escalate the situation, and seek a peaceful solution to the conflict on the basis of internationally accepted principles and norms, as well as relevant UN Security Council resolutions adopted in 1993."