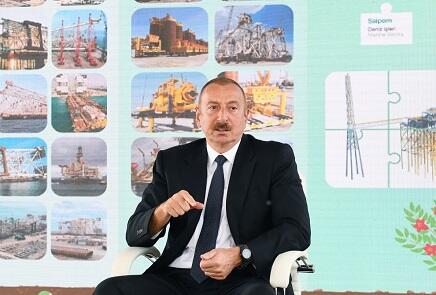 Independence is formal in Armenia. What an independent country you are that you can't make your own decisions. What kind of independent country is ruled by Soros? Pashinyan is a product of the Soros regime. Soros has a word in Armenia today. Look at the biography of Pashinyan's ruling team. They are all from Soros, Transparency, or other human rights organizations. They turn a blind eye to the despotic actions taking place in Armenia today.

Axar.az reports that the statement came from President of Azerbaijan Ilham Aliyev in an interview with Azerbaijan Television, Public Television and Real Television after the groundbreaking ceremony of the Absheron field offshore at the Heydar Aliyev Baku Deepwater Jacket Plant on September 19.