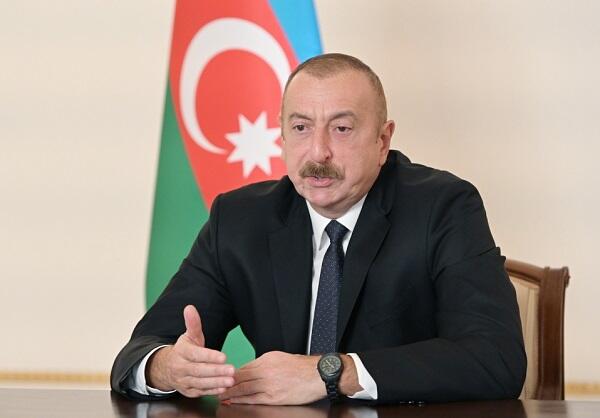 Foreign journalists are being invited to the liberated lands. International media are covering the consequences of Armenian atrocities. They are covering what the Armenians have done to Kalbajar during this time. Like savages, they have demolished, burned, plundered everything and cut down the forests.

They portray themselves as people, so to speak, who have lived here for centuries. A people who have lived here for centuries would never have done this, would not have committed such barbarism. They lived there in the houses of the Azerbaijanis. They didn't build anything themselves, they did not lift a finger, they just exploited everything. They exploited our lands. According to the information available to me, wheat was sown on tens of thousands of hectares there, in particular in Agdam, Fuzuli, Jabrayil, Zangilan districts. I am told that Armenia collected 90,000 tons of wheat on the occupied lands every year. The total volume of Armenia’s wheat production, together with what was grown on these occupied lands, amounted to 190,000 tons. Half of this harvest came from our lands. This is the illegal exploitation of our lands. They will answer for this, compensate for the damage caused. Now they have lost it all. How will they ensure their food security now? There were large vineyards there. On the way to Agdam, Fuzuli, Jabrayil districts, I saw that most of our vineyards had been destroyed. Old trellises remained there. But grape plantations have been preserved in many places. They used them, our water, they generated electricity. Like savages, they invaded and exploited a foreign land, they wanted to change its origin, the names of our settlements. They destroyed our historical sites, created a false history and published maps. This completely contradicts the traditions, rules, the rules of conduct in this region. This shows again that the Armenian people had nothing in common with our region. They have never been Caucasian people. They are immigrants.

We, for our part, have already restored justice. We have restored historical justice.