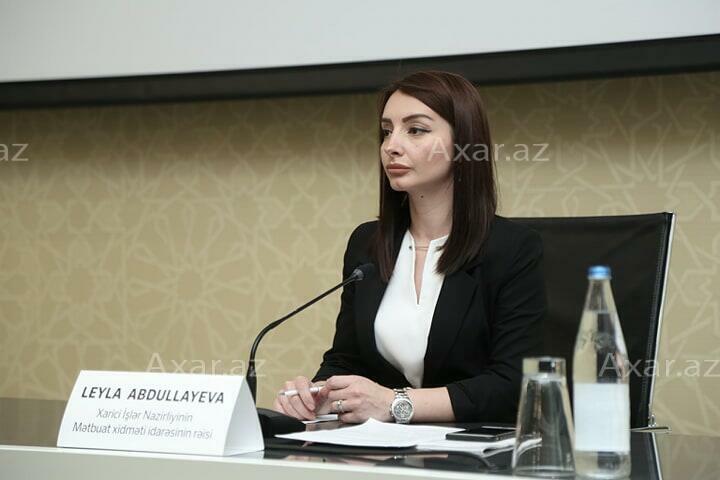 Axar.az reports that this was reported by Foreign Ministry.

"While the President of the Republic of Azerbaijan was speaking about the possibilities of cooperation to ensure peace and stability in the region, the implementation of transport projects that can be used directly by the countries of the region, during his speech at the Summit of the Economic Cooperation Organization on March 4 of this year, accusations by the representative of the Armenian Foreign Ministry against Azerbaijan in violation of international law and assessment of this as a threat to the region once again clearly demonstrate that official Yerevan is far from common sense and logic.

The fact that the Armenian side, which has always distorted the position of the Azerbaijani side on cooperation and progress in the region, raises the question of which interests it serves and, in general, shows that the country has not yet determined what it wants.

Our recommendation to the representative of the Armenian Foreign Ministry is to get acquainted with the text of the statement of November 10th, signed by the head of their government, read the UN Security Council resolutions of 1993, and also find out what is the essence of the principles of international law on which he refers, before making any comments," Abdullayeva noted.