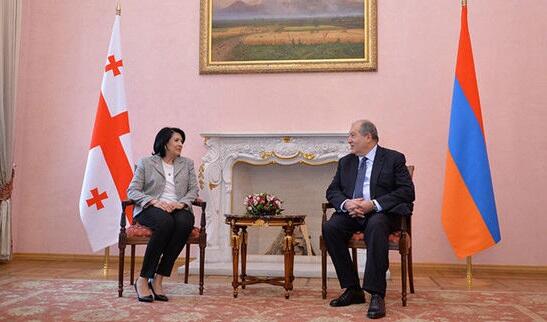 Turkish Ambassador to Georgia Fatma Ceren Yazgan commented on the provocation committed by Armenian President Armen Sargsyan during his official visit to Tbilisi.

Axar.az reports that the diplomat wrote on Twitter that Mount Agri is the highest mountain in Turkey.

FC Yazgan also shared his status in Georgian and Armenian:

"I just make sure that the facts are not lost in cartoon diplomacy."

It should be noted that Sargsyan drew with the contours of Mount Agri in the book of honorary guests of the Presidential Palace of Georgia. This fact became known after Georgian President Salome Zurabishvili shared a photo of the page on social media.