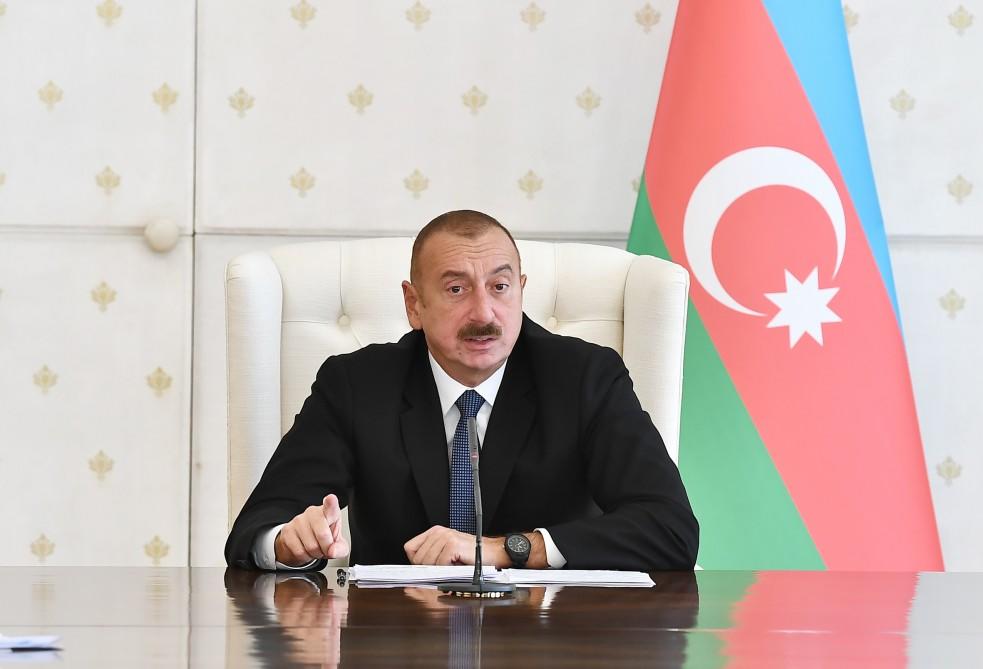 In my statement at the General Debate of the 75th Session of the UN General Assembly on 24 September last year, I had warned that “hostile, Azerbaijanohobic statements and provocations of Armenian leadership demonstrate that Armenia is preparing for a new aggression against Azerbaijan.”

Three days later on the 27th of September last year, Armenia launched a large-scale attack against military positions and civilians of Azerbaijan. In response, Azerbaijan, using its inherent right of self-defence as enshrined in article 51 of the UN Charter, started a counter-attack on its own territories against Armenia.

During 44 days, armed forces of Armenia heavily shelled districts and cities situated along the frontline, namely Aghdam, Aghjabadi, Beylagan, Dashkasan, Fuzuli, Goranboy, Tartar. Armenia also fired at Ganja, Barda, Mingachevir, Gabala, Siyazan, Khizi and other cities situated far away from the former frontline. One of the missiles was intercepted by Azerbaijani Air Defense Forces in Khizi, close to Baku, which shows that the capital city Baku was also the target of an Armenian missile attack. Armenia was using ballistic missiles, like Scud and Iskander-M, as well as forbidden white phosphorus and cluster munitions. These war crimes of Armenia resulted in more than 100 civilians, including 11 children being killed, more than 450 wounded. More than 12,000 civilian infrastructures, including private houses in Azerbaijan, have been destroyed or severely damaged.

Abided by the fundamental principle of international humanitarian law on the distinction between combatants and civilians, Azerbaijan never reciprocated Armenia’s vicious war crimes by targeting civilians.

Armenia also recruited mercenaries and foreign fighters from abroad and deployed them against Azerbaijan.

During the 44-day war Azerbaijan liberated a large part of occupied territories, including the cities of Jabrayil, Hadrut, Fuzuli, Zangilan, Gubadli and Shusha. In total, more than 300 cities and villages were liberated on the battlefield. Armenia had to sign an act of capitulation on 10 November 2020. Accordingly, Armenia was obliged to withdraw its troops from the remaining part of Azerbaijan’s territories, namely the Aghdam, Lachin and Kalbajar regions. Azerbaijan, itself, enforced the implementation of the abovementioned UN Security Council resolutions, probably, it was the first case in the world since the establishment of the UN.

Azerbaijan resolved the 30-year-long conflict and restored its territorial integrity and historical justice by military-political means. The Nagorno-Karabakh conflict was left in the past. There is no administrative-territorial unit called Nagorno-Karabakh in Azerbaijan. We have created Karabakh and Eastern Zangazur economic zones by the Presidential decree signed on 7 July this year. Using this occasion, I would like to call on all the UN Member States and the UN Secretariat to avoid using legally non-existing, politically biased and manipulative names while referring to our territories.

The building of multi-layered defence lines and fortifications with long trenches, tunnels and bunkers by Armenia for years in the formerly occupied territories of Azerbaijan proves that Armenia did not intend to return those territories by any means.