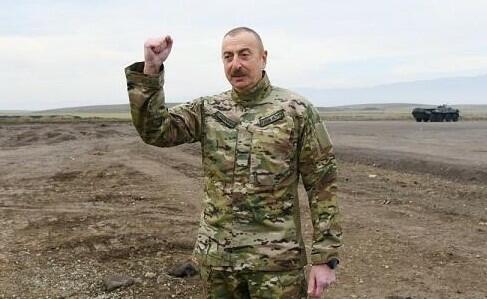 I have repeatedly said that if the enemy does not leave our lands of its own free will, we will expel them from our lands, and this is exactly what happened.

Axar.az reports that the statement came from Azerbaijani President Ilham Aliyev in his address to the nation on the occasion of Remembrance Day.

He continues: "There was not a single day in the 44 days on which we would take a step back. Meanwhile, the contemptible enemy was forced to retreat even though they had a favourable position and they had built five to six lines of defensive fortifications in 30 years. During the 44-day war, not a single soldier deserted from the Azerbaijani Armed Forces. We are proud of our martyrs and wounded veterans, as well as our soldiers and officers who showed heroism in the Patriotic War. Their heroism and self-sacrifice will never be forgotten".