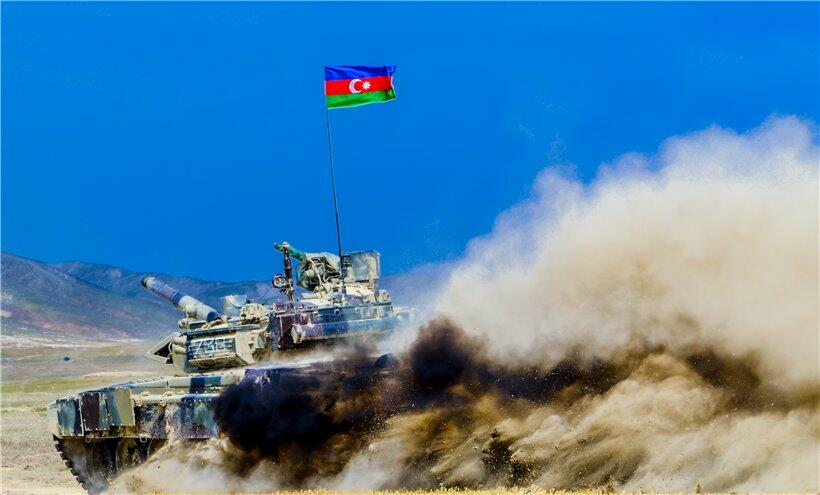 I wasn’t particularly surprised since something similar happened in 2016 and even just a few months prior to the latest outbreak, but I didn’t expect the war to unfold as it did.

Axar.az reports that American political analyst Andrew Korybko stated this while commenting on the first anniversary of the 44-day Patriotic War.

According to him, Second Karabakh War was full of "surprises":

"In the beginning of the war, nobody could expect the total outcomes of the military struggle gathering the Azeri and Armenian warriors. Based on the fact that the current regional wars remain a long time, however, the military main goal seems not achievable "Endless Wars" the Azerbaijan and Armenian war is an exception for those factors:

First: the Azeri military willingness. The Azerbaijan forces have shown a great readiness to concretize a big victory on Land. The military was motivated to liberate territorial integrity and liberate Shusha.

Secondly: This struggle have pointed out a game-changer in the region as Azerbaijan was backed by Turkey and Armenia was supported by Russia. While Moscow brokered a cease-fire between Azerbaijan and Armenia it is working with Ankara to monitor the respect of both struggle parties of the Peace Agreement.
Thirdly:

The Azeri population rights have been reaching out. The force of deterrence with the military offensive strategy has focused on the national cause as the main motivation avoiding the military to turn back to sufferance and the painful moments of history. This war is a historical event that demonstrates the national spirit coherence to put an end to this crisis.

I was reviewing the day’s news when I read that large-scale hostilities had erupted. I wasn’t particularly surprised since something similar happened in 2016 and even just a few months prior to the latest outbreak, but I didn’t expect the war to unfold as it did.

Azerbaijan comprehensively counterattacked after the initial Armenian blow, catching Yerevan completely off guard. The aggressor hadn’t been aware that Baku was fielding such a world-class drone fleet, which devastated the occupying forces.

That was the first surprise, after which Armenia should have sued for peace, but instead the second surprise came when it began targeting residential areas outside the conflict zone with ballistic missiles. Armenia wanted Azerbaijan to symmetrically respond in order to activate the CSTO and drag Russia into the war."

"Azerbaijan also debunked Armenia’s fearmongering infowar narrative of an impending so-called “genocide,” To Azerbaijan’s credit, it restrained itself and strictly complied with international law throughout the complete course of its comprehensive counteroffensive while raising global awareness of Armenia’s war crimes."

The expert praised the mediation of the Russian Federation in achieving the November ceasefire:

"I was pleased to see that Russia played a responsible role in the conflict through its diplomatic intervention to mediate the November ceasefire. I hope that Armenia will fully comply with its prior commitments and unblock all regional transport links so that the region can finally experience the mutual development that its people need."