Aliyev's reaction to the Putin-Erdogan meeting 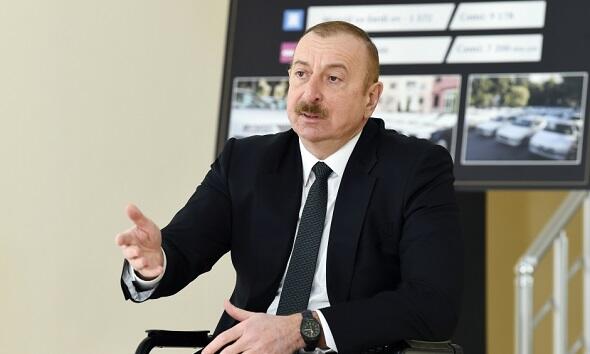 Today I think about Turkey and Russia as two neighbours of Azerbaijan, and one of them is a neighbour of Armenia, plays a very important role in the stability, security and future development.

Axar.az reports that the statement came from President of Azerbaijan Ilham Aliyev in an interview with Spanish news agency EFE.

"As you probably know, there was recently a meeting between presidents of two countries. Among other issues, they discussed the situation between Armenia and Azerbaijan. We consider the role of both countries as a very positive stabilizing role and I think this is the bulk of the new regional cooperation configuration" President said.