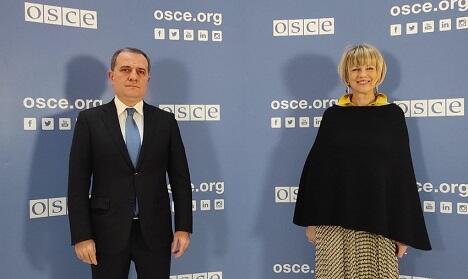 "The delimitation of the borders between Azerbaijan and Armenia is considered an important element in the normalization of relations between the two countries," Azerbaijan's Minister of Foreign Affairs Jeyhun Bayramov said this at a meeting with OSCE Secretary General Helga Schmidt.

Axar.az reports that the Minister said that Azerbaijan supports the start of this process without delay.

Unfortunately, it was noted that Armenia's approach to this issue, including the position demonstrated by Armenia on this issue and a number of preconditions for the start of the delimitation process, is absolutely unacceptable.

The Secretary-General was informed that Azerbaijan supports the start of the delimitation process without any conditions.