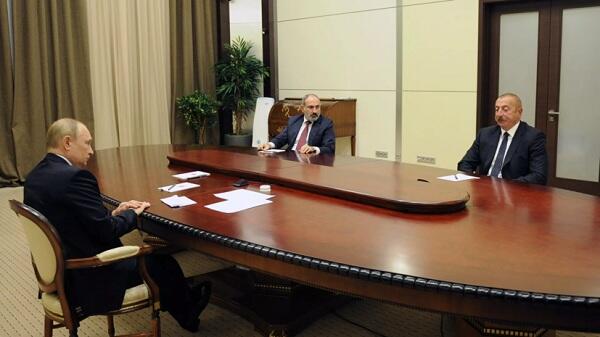 Axar.az reports that this was stated by Russian Deputy Foreign Minister Andrei Rudenko.

He did not rule out a trilateral meeting:

"We continue to work systematically at all levels to implement the trilateral statements at the highest level on November 10, 2020, January 11, and November 26, 2021. Leaders are in constant contact. If such a need arises, we do not rule out the organization of a face-to-face meeting. At a meeting of the CIS Council of Ministers in Dushanbe on May 12, Sergey Lavrov discussed with his Azerbaijani and Armenian counterparts the full range of issues related to the normalization of relations between Baku and Yerevan.