Bayramov met with the FM of Northern Macedonia 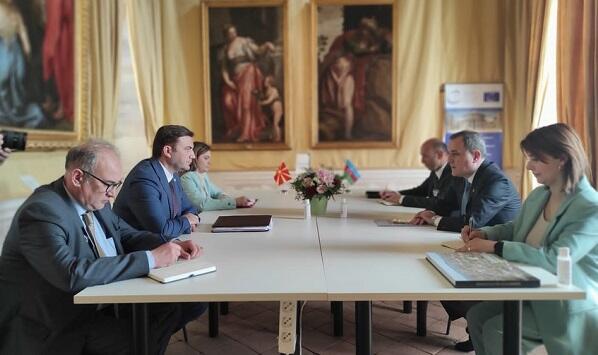 Axar.az informs this was reported by the Foreign Ministry.

The sides expressed satisfaction with the level of relations between the two countries, as well as agreed to continue the dialogue based on the mechanism of political consultations for the further development of relations. It was noted at the meeting that there is a great potential for the development of economic relations between Azerbaijan and Northern Macedonia and the importance of using that potential.