Aliyev: Azerbaijan is ready for talks 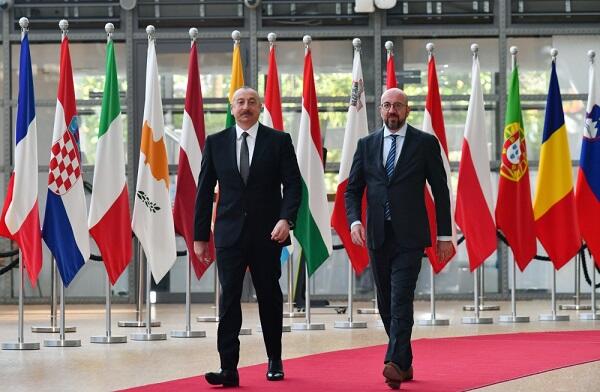 According to the results of the meeting between Azerbaijan, Armenia and the European Union on April 6 this year, Azerbaijan has determined the composition of the Working Group to start negotiations on a peace agreement in late April, as well as the National Border Delimitation Commission and is ready to negotiate.

Axar.az informs that the statement came from President of Azerbaijan Ilham Aliyev during a one-on-one meeting with President of the European Council Charles Michel.

The President expressed hope that the process of drafting a peace agreement between the two countries would be accelerated.