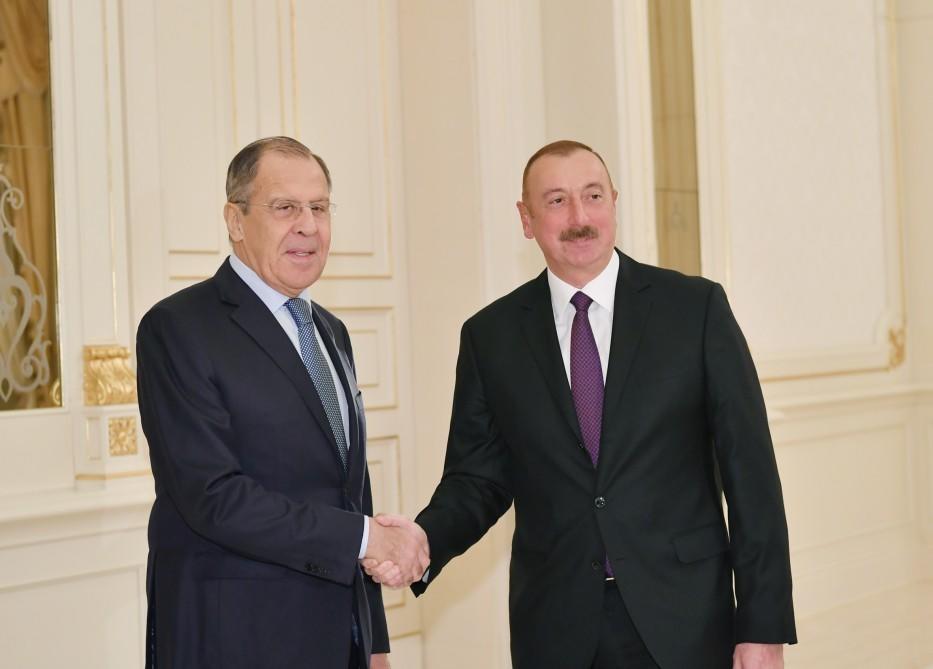 We also hope for the active efforts of the Russian Federation to establish lasting peace in the Caucasus.

Axar.az reports that the statement came from President of Azerbaijan Ilham Aliyev during a meeting with Russian Foreign Minister Sergei Lavrov on June 23.

"On the positive side, I would like to note the intensification of the work of the trilateral working group chaired by the Deputy Prime Ministers of Russia, Azerbaijan and Armenia. A new meeting was held in St. Petersburg recently. We hope that Practical steps will be taken in the context of ensuring the unimpeded delivery of cargo and citizens to the Nakhchivan Autonomous Republic. This is a legal obligation of the Armenian side. Unfortunately, more than a year and a half has passed since the end of the Second Karabakh War. It will be possible to take many practical steps within the framework of our concept," Ilham Aliyev added.