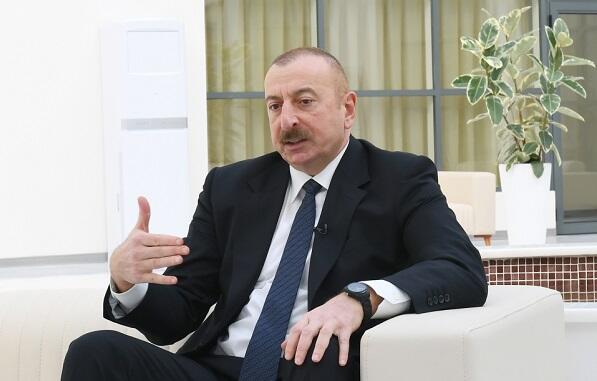 Illegally settled people should be removed from the city of Lachin, and the villages of Zabukh and Sus.

Axar.az reports that President of the Republic of Azerbaijan Ilham Aliyev stated this in his interview to the Azerbaijan Television in Basgal settlement.

"This is contrary to the rules of the Geneva Conventions. The occupying country cannot carry out illegal settlements in the occupied lands. This is a war crime. Maybe the Armenians who live there, who came from Syria and Lebanon, do not know this, but the Armenian leadership knows it well. That is why some news comes from there. one says that I will not leave, and the other says that I will not leave. They know it themselves. They are war criminals. Again, they should not test us, our patience. Let them leave as they wish. We are not interested in where they go," said the President of Azerbaijan.