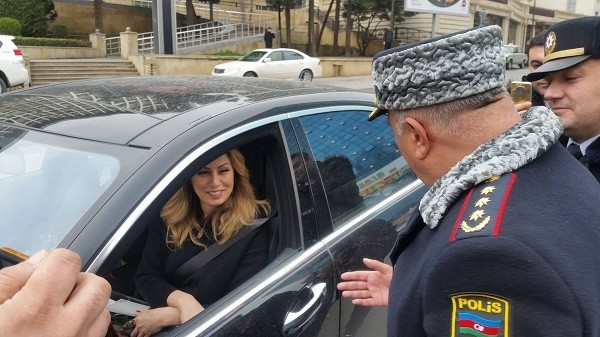 Today, employees of traffic police service have congratulated female drivers on the occasion of the International Women's Day - 8 March.

It was told by the Head of Public Relations of the State Traffic Police Department of the Baku Main Police Office, Police Colonel Vagif Asadov, this morning they have organized raids on various streets and avenues of Baku city: "During the raids detained about 300 women drivers for various offenses. However, in respect of them were not drawn up administrative reports. Employees of Baku traffic police handed over the detainees a variety of gifts."