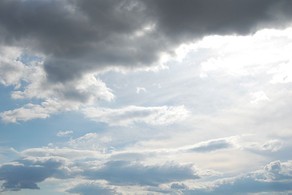 According to the National Hydrometeorology Department of the Ministry of Ecology and Natural Resources on October 5, south-east wind will blow on the peninsula.

According to medical-meteorological prognosis, stable weather is expected in Absheron peninsula tomorrow and it will be favorable for weather-sensitive people.

In Azerbaijani regions weather will be rainless and foggy in some places at night and in the morning.
East wind will blow.