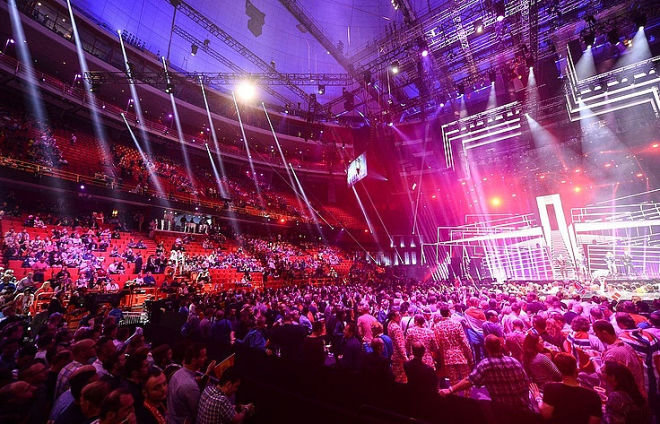 Among quoted reasons are financing problems the Ukrainian side is facing.

Axar.az informs, organizers of the Eurovision song contest consider Moscow as a possible host city for the competition due in 2017 because the Ukrainian authorities are facing problems with organization of the event, Germany’s Bild wrote referring to sources at the organizing committee.

"The newspaper has learned from source at the organizing committee about discussions Moscow could host the competition," Bild wrote on Sunday. Among quoted reasons are financing problems the Ukrainian side is facing. The article reads the decision could be especially unpleasant for Ukraine, as that country received the right to host the event as Ukraine’s singer Jamala won the 2016 Eurovision song contest held in Stockholm in May with the song called "1944", which many considered anti-Russian.