Birthday of one of the greatest sons of Azerbaijan - Khoyski 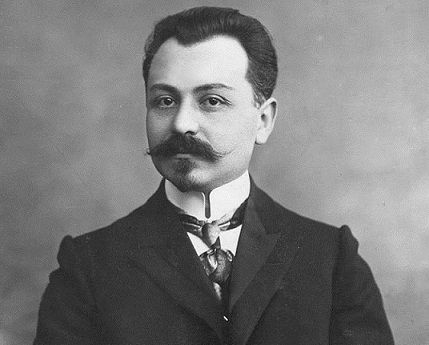 The first Prime Minister of the Azerbaijan Republic and the head of three Cabinets of Ministries, Fatali Khoyski was born on December 7, 1875, in Shaki (a city in northwest Azerbaijan), to the noble family of Iskandar Khoyski, a general-lieutenant in the Russian Army.

The distinguished ancestry of the Khoyski family goes back to the khans (royal title) of Khoy, a city in Iran, which became the root for this family name. However, after the wars between Russia and Persia, the family moved to Shaki.

A number of high-ranking officers, educators and famous public figures originated from the Khoyski family and Fatali was one of them. He received his initial education at the Classic High School (gymnasia) in Ganja, and later graduated from the Faculty of Law at Moscow University in 1901. As a lawyer and judge in various parts of the Caucasus, he was subsequently promoted to Deputy Prosecutor of the District Court. In February 1907, Khoyski was elected to the Second Russian Duma (Parliament). As a member of the Moslem section, Khoyski advocated the removal of political and civil restrictions based on religion or faith. Khoyski was closely affiliated with to the Party of Constitutional Democrats, which was very influential in Russia.

However in June 1907, the Second Duma was dissolved by the Royal Decree of Czar Nicholas II. For almost ten years, Khoyski held the post of barrister at the District Courts of Baku and Ganja. His return to politics coincided with the abdication of the Russian czar in February 1917.

Although Khoyski himself never belonged to any political party, he was among those who demanded Azerbaijan's autonomy at the "Musavat" Congress, an influential Azerbaijani national party initiated in October 1917, immediately following the communist coup in Petrograd (St. Petersburg).

In December 1917, Khoyski was elected to the Transcaucasian Seym (Parliament) and was appointed Minister for Justice in the Government of the Transcaucasian Federation. In May 1918, following the collapse of the federation and the foundation of the independent Azerbaijan Republic (May 1918), Khoyski became the first Prime Minister and headed three Cabinets of Ministries until April 1919. Later, he held the post of Minister of Foreign Affairs.

As Prime Minister, Khoyski became a staunch supporter for the establishment of the Azerbaijan State University (founded in 1919). He flatly refused offers from Soviet Russia to initiate a second front against General Denikin, who was combating communists in the Northern Caucasus. However, he also rejected Denikin's proposals to form an alliance against the Soviets.

Khoyski was also known as an excellent public speaker. His famous phrase "Our right to live as a free nation is indisputable" became one of the mottoes of the Azerbaijan Republic of 1920.

When the Communists took control of Baku in April 1920, Khoyski moved with his family to Tbilisi, where he was assassinated by Armenian terrorists on June 19, 1920.