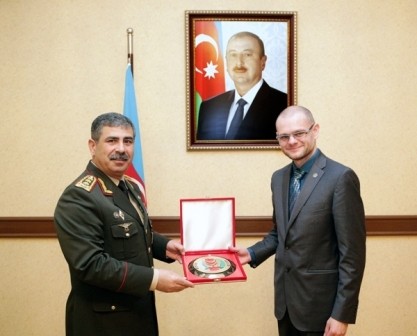 Azerbaijani Defense Minister, Colonel-General Zakir Hasanov on Tuesday met with a delegation headed by David Kadner, chairman of the Committee on Defense of Czech Parliament’s Chamber of Deputies.


During the meeting, the sides discussed issues of the modernization and upgrading of military technologies and equipment at the disposal of the Azerbaijani Armed Forces as well as the aircraft of the Air Force, acquisition of modern surveillance systems, technically adjusted to local conditions as well as cooperation in the field of military education, mutual visits to exchange experiences and other issues of mutual interests.