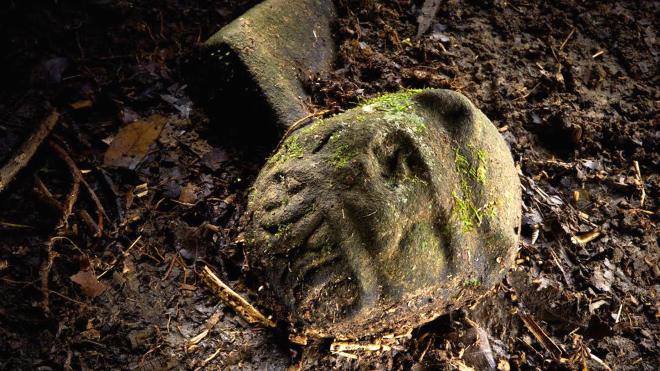 A group of explorers and archaeologists were struck down by an aggressive tropical disease which eats through the face while uncovering the mysteries of a legendary lost city in Honduras.

The team, including best-selling novelist Douglas Preston, were exploring the previously untouched ruins of Ciudad Blanca, also known as the ‘City of the Monkey God’, which were fully excavated last year in the middle of the jungle.

The ruins have been dated between 1,000 and 1,500 AD, and are thought to contain many valuable artefacts buried beneath thick foliage. A new laser mapping technology was used to analyse the jungle floor in search of ruined settlements.

Archaeologists believe Ciudad Blanca was deserted by its residents in the 16th century because they thought it was ‘cursed’ by disease. The area was conquered by Spanish explorers in 1520 who had heard the city contained great wealth, and brought diseases with them.

The team took a cameraman along with them and survived multiple attacks from venomous snakes during the course of their dangerous expedition.

They said they had particular trouble cutting their way through the dense trees of the Mosquitia rain forest, on the border of Honduras and Nicaragua, and stumbled on some ruins by chance.

However they concluded that the site could not be excavated at that time, and waited for intervention by the Honduran government.

Upon their return Mr Preston and his colleagues discovered they had contracted a virulent strain of Leishmaniasis, a disease transferred by sand flies which can eat through the face, and needed urgent hospital treatment. All members of the crew survived the disease unscathed.

“The parasite migrates to the mucous membranes of your mouth and your nose, and basically eats them away,” Mr Preston told CBS News. “Your nose falls off, your lips fall off, and eventually your face becomes a gigantic, open sore. It’s just too dangerous. Getting in and out of the jungle is dangerous.”

In January last year, the excavation site was visited by Honduran President Juan Orlando Hernández, who said: "We are blessed to be alive at such a special time in Honduran history. This discovery has created a lot of excitement because of its significance for Honduras and the world."

Artifacts excavated from the ruins will be displayed in a museum in the municipality of Catacamas.