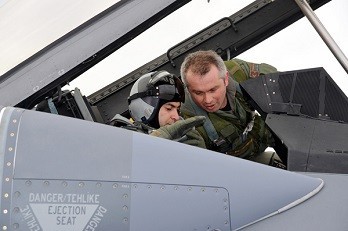 Joint military exercises “TurAz Şahini-2016” of the Air Forces of Azerbaijan and Turkey are going on in the Turkish city of Konya, the Azerbaijani Defense Ministry told.

According to the exercises’ scenario, pilots of the Azerbaijani and Turkish air forces jointly conducted an operation by F-16 fighters to destroy conventional terrorists.

During the exercises, F-16 fighters were protected by escort aircraft. The joint operation was completed successfully. Conventional terrorists and their locations were destroyed.