Is cheese harmful for our health? 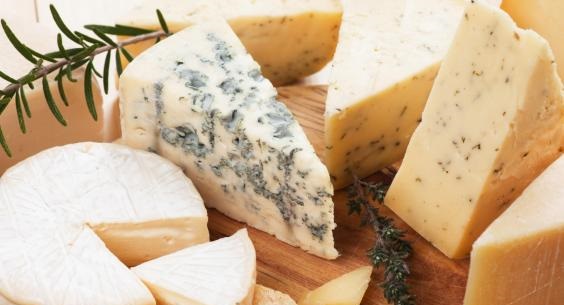 The belief that cheese is bad for you is wrong, researchers have said, after finding no link between eating dairy products and a heightened risk of heart attack and strokes.

Even full-fat cheese, milk and yoghurt, often avoided by the health-conscious due to their high saturated fat content, does not increase the risk of death or conditions such as coronary heart disease, according to a review of 29 different studies involving nearly a million participants.

“There’s quite a widespread but mistaken belief among the public that dairy products in general can be bad for you, but that’s a misconception,” said researcher Ian Givens, a nutrition professor at Reading University.

“While it is a widely held belief, our research shows that that’s wrong," he told The Guardian.

“There’s been a lot of publicity over the last five to 10 years about how saturated fats increase the risk of cardiovascular disease and a belief has grown up that they must increase the risk, but they don’t.”

NHS guidelines suggest people cut the amount of saturated fat they eat, because a diet high in saturated fat can raise the level of cholesterol in the blood, increasing the risk of cardiovascular disease.

But overall levels of dairy consumption did not appear to be associated with an increased risk of circulatory conditions such as stroke and heart attacks, according to the study, published in the European Journal of Epidemiology.

The research analysed results from previous studies carried out over the last 35 years, using information on the health and diet of 938,465 participants.

Scientists are divided on whether limiting saturated fats can improve overall health and lower the risk of heart disease.

A study published earlier this year in the British Medical Journal (BMJ) swapping even one per cent of your daily calorie intake from saturated fats like butter and meat to vegetables, wholegrain carbohydrates or polyunsaturated fats found in olive oil and fish can improve heart health.

However, previous research from the University of Bergen in Norway found fatty foods such as cheese, butter and cream could in fact help protect people from heart disease when eaten as part of a diet where overall calorie intake is restricted.

Simon Dankel, who led the study, told The Independent in December the research showed the human body “can do perfectly well with fats as its main energy source.”

“People will say: ‘you can’t lose weight, you can’t go on any diets with saturated fats, no matter what’,” said Dr Dankel.

“But in this context, we see a very positive metabolic response. You can base your energy in your diet on either on carbohydrates or fat. It doesn’t make a big difference.”

According to the British Heart Foundation (BHF)’s website, eating too much cheese “could lead to high cholesterol and high blood pressure, increasing your risk of cardiovascular disease”, and the organisation recommends people “enjoy it sensibly”.

"Saturated fat can increase the ‘bad’ (LDL) cholesterol in your blood which can cause fatty material to build up in your artery walls. The risk is particularly high if you have a high level of bad cholesterol and a low level of good cholesterol," says the organisation.

The new research was part-funded by three pro-dairy groups, but they had no influence over the contents of the paper, according to The Guardian.