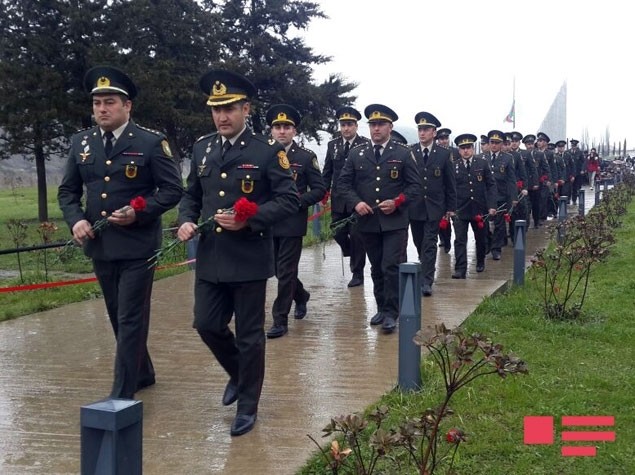 Azerbaijani people began early Thursday morning to visit the Guba Genocide Memorial Complex to honor the victims of March 31 – the Day of Genocide of Azerbaijanis, which is one of the bloodiest pages in country's history.

Guba genocide mass burial site was unearthed on April 1, 2007 during the excavation works. As result of the researches conducted by employees of the Institute of Archeology and Ethnography of Azerbaijan National Academy of Sciences, remains of more than 400 people were found in the graveyard. More than 50 of the remains belonged to children, 100 to women, the rest to the old men. Along with Azerbaijanis, Lezghins, Jews, Tats and representatives of other ethnic groups were killed by Armenians.