Territorial integrity of Azerbaijan will be restored 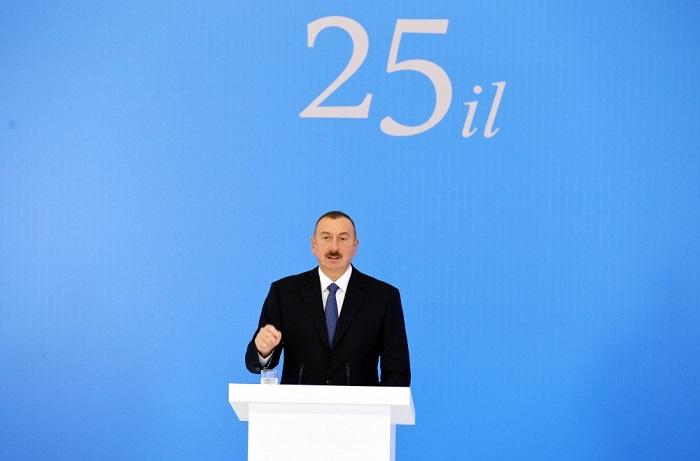 President Ilham Aliyev said on Tuesday the territorial integrity of Azerbaijan will be restored at any cost.

Axar.az informs that Azerbaijan’s principled stance on the settlement of the Armenia-Azerbaijan Nagorno-Karabakh conflict will remain unchanged, Ilham Aliyev said at a solemn ceremony marking the 25th anniversary of the founding of the ruling New Azerbaijan Party.

“The Nagorno-Karabakh conflict must be restored within the territorial integrity of Azerbaijan. There is no other way,” the president said stressing that Azerbaijan will never allow the creation of a second Armenian state on its historical lands.