Meeting was held with command staff 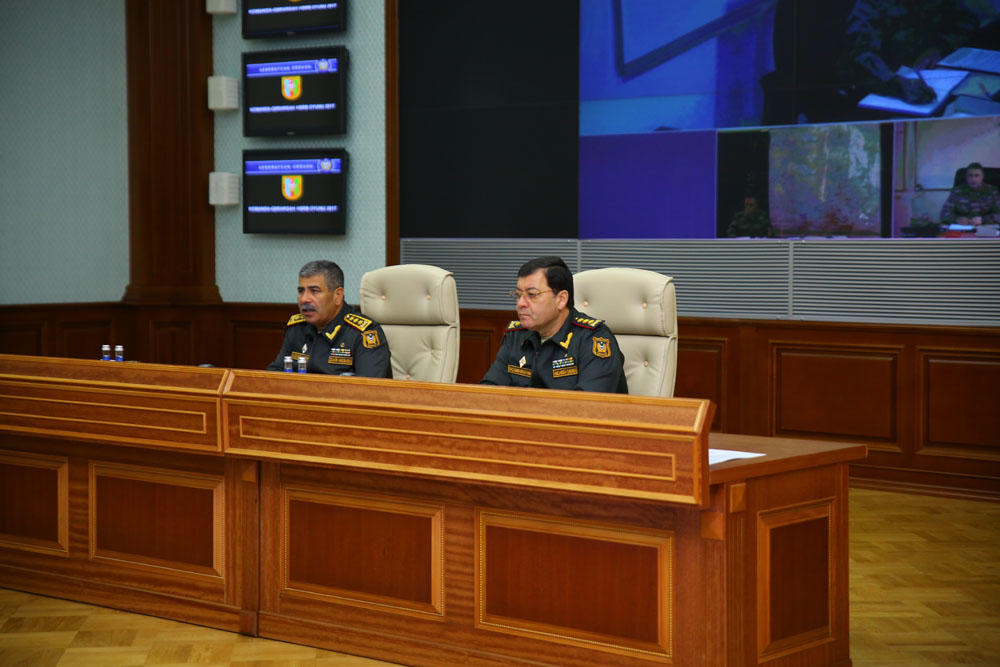 An official meeting with the command staff involved in Command-Staff War Games, which is conducted on the scale of the Armed Forces, was held under the leadership of Minister of Defense Colonel General Zakir Hasanov at the Central Command Point on November 17.

Axar.az reports citing Ministry of Defence of Azerbaijan that during the meeting held with the chiefs of the main departments, the departments of the Ministry of Defense, the commanders of the types of troops, as well as the commanders of the formations and military units of the Armed Forces, the troops were informed of the instructions on operational planning and combat orders within the framework of the exercises.

Having heard the reports of the command staff participating in the exercises, the Minister of Defense gave appropriate instructions and set specific tasks for command staff.