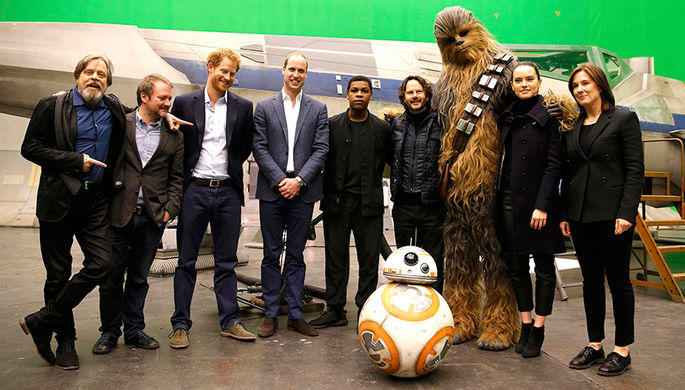 Following in the footsteps of such other proud Brits as Daniel Craig—James Bond himself!—it sounds like those rumors that Princes Harry and William will feature in a scene in the upcoming The Last Jedi will probably be coming true. This is per The Hollywood reporter, which cited anonymous sources noting that the two royals will play stormtroopers in the December 15 film. (Meanwhile, those of you running mental comparisons between Episode VIII director Rian Johnson and his predecessor, J.J. Abrams, can add “operational security” to the list of places where Abrams apparently wins out.)

Axar.az infroms that happily, though, for those of us who couldn’t give less of a shit about hereditary monarchy—a hokey form of succession that’s no match for good star power at your side—is the news that Harry and William aren’t the only famous people who’ll be in the scene, which will reportedly see them standing guard over John Boyega’s Finn. According to THR, the other two stormtrooper slots will be filled by singer Gary Barlow and Oscar nominee Tom Hardy, who earned his fame the old-fashioned way: Getting absolutely filthy on TV shows, and talking with various weird bits of metal shoved into his mouth.