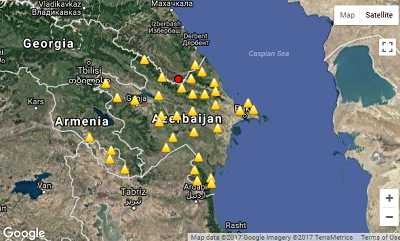 The Republican Seismic Service Center of Azerbaijan National Academy of Sciences has issued a statement on the results of the earthquake occurred on Nov.15 in Aghdam district.

The Center told Axar.az that microseismic surveys were conducted under the leadership of Head of the ANAS’s Republican Seismic Survey Center, PhD in Geology and Mineralogy Etibar Garavaliyev, in the epicentral zone in Aghdam after the earthquake that occurred at 11:48 pm local time on November 15 and the surrounding areas where the tremors were felt.

The surveys revealed that the tremors were felt up to magnitude 6 intensity in the epicentral zone (12-magnitude MSK-64 scale).