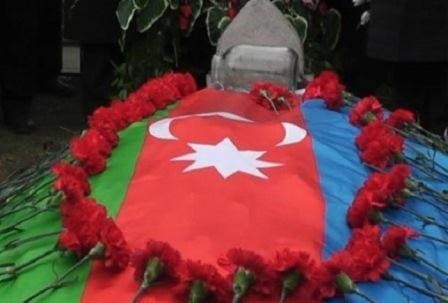 Azerbaijani army soldier Rashid Bakhshaliyev, 21, who heroically died during the prevention of the Armenian sabotage of April 2, was buried in the Alley of Martyrs in Sumgayit on Tuesday.

Representatives from the executive authorities of Sumgayit and Zangilan, officials of the Defense Ministry, MPs as well as government and public representatives took part in the soldier’s funeral.

The combat flag covering the martyr’s coffin was presented to his family.

The slogan “The martyrs immortal, the motherland indivisible!” was chanted during the funeral.