Azerbaijan is one of safest countries worldwide 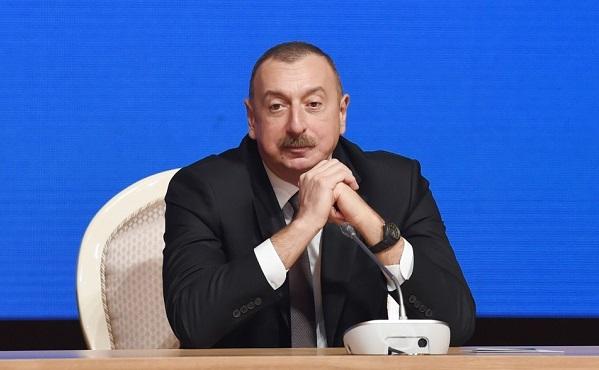 Public order is protected in Azerbaijan, and the criminogenic situation is positive in the country, said President Ilham Aliyev.

He made the remarks addressing the 6th congress of the ruling New Azerbaijan Party on Thursday.

President Aliyev stressed that Azerbaijan one of the safest countries in the world.

“Azerbaijani citizens are well aware of this. Many tourists come to our country. Security and stability are the positive factors distinguishing us,” he said.

The policy carried out in Azerbaijan in recent years has proved successful, and there is stability in the country, said the president, adding. “As I said, stability is the key to every development. We see that over the last 5-6 years, there have been very serious, alarming processes in different parts of the world as well as in our region. Bloody clashes, wars, civil wars, gross intervention in domestic affairs, military interventions all are happening in front of our eyes. We see and all humanity sees clearly that there can be no development when stability is disturbed. It brings on great disasters and tragedies to peoples and countries. The fate of today's devastated countries that have lost their territorial integrity is a big question. That's why the picture of life and recent history shows that stability is a key. So how can stability be achieved? Only with proper policy which focuses on the people. We are pursuing this policy. I have said many times and I want to say again that the Azerbaijani citizen is in the center of our policy. So are his problems, concerns and well-being,” he said.

The head of state noted that the people-government unity is the main factor in ensuring stability in Azerbaijan.

“Today Azerbaijan is one of the most stable countries in the world and the people-government unity determines its successful development. Because our policy is supported by the public, who see that our policy produces concrete results,” he added.