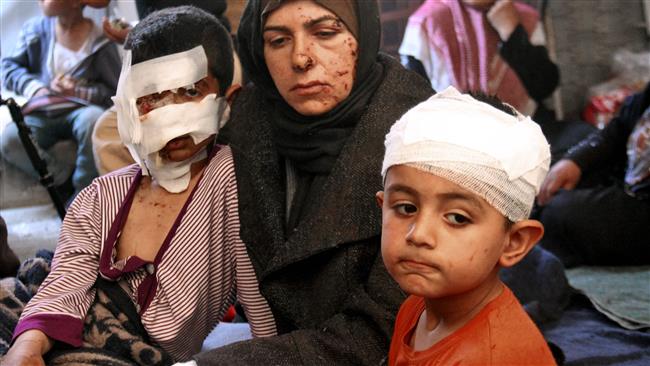 The World Health Organization (WHO) and the UNICEF called for international action in response to explosive hazards in Syria where at least 910 children were killed by explosive devices in 2017.

"More than 8 million people are exposed to explosive hazards in Syria, including over 3 million children," the WHO and the UNICEF said in a joint statement on Wednesday.

At least 910 children were killed and 361 children were maimed in Syria in 2017, including by explosive remnants of war and victim-activated improvised explosive devices, WHO and UNICEF said.

1,000 children were reportedly killed or injured in intensifying violence in the first 2 months of 2018 alone, they said.

Noting about the situation in Raqqah city where an estimated 200,000 people have returned to the city and outskirts since last October, the statement said: "These families are at tremendous risk of being killed or maimed by explosive hazards that litter the city."

At least 658 people were reportedly injured and more than 130 killed by landmines, booby traps and unexploded ordnance in Raqqa city from 20 October 2017 to 23 February 2018, the statement added.