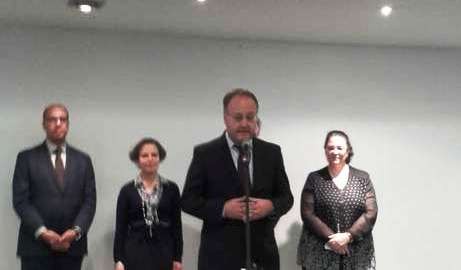 The closing ceremony of Francophonie Week took place in Baku on April 17.

Ambassador of Morocco Hassan Hami, in turn, greeted the audience and praised the excellent organization of the event.

Speaking at the ceremony, Creek Ambassador Dimitrios Tsoungas thanked for the large participation.
Ambassador of Romania Daniel Cristian Ciobanu, for his part, expressed his satisfaction for the organization of Francophonie Week in Baku and underlined that Azerbaijan is a strategic partner for Romania.