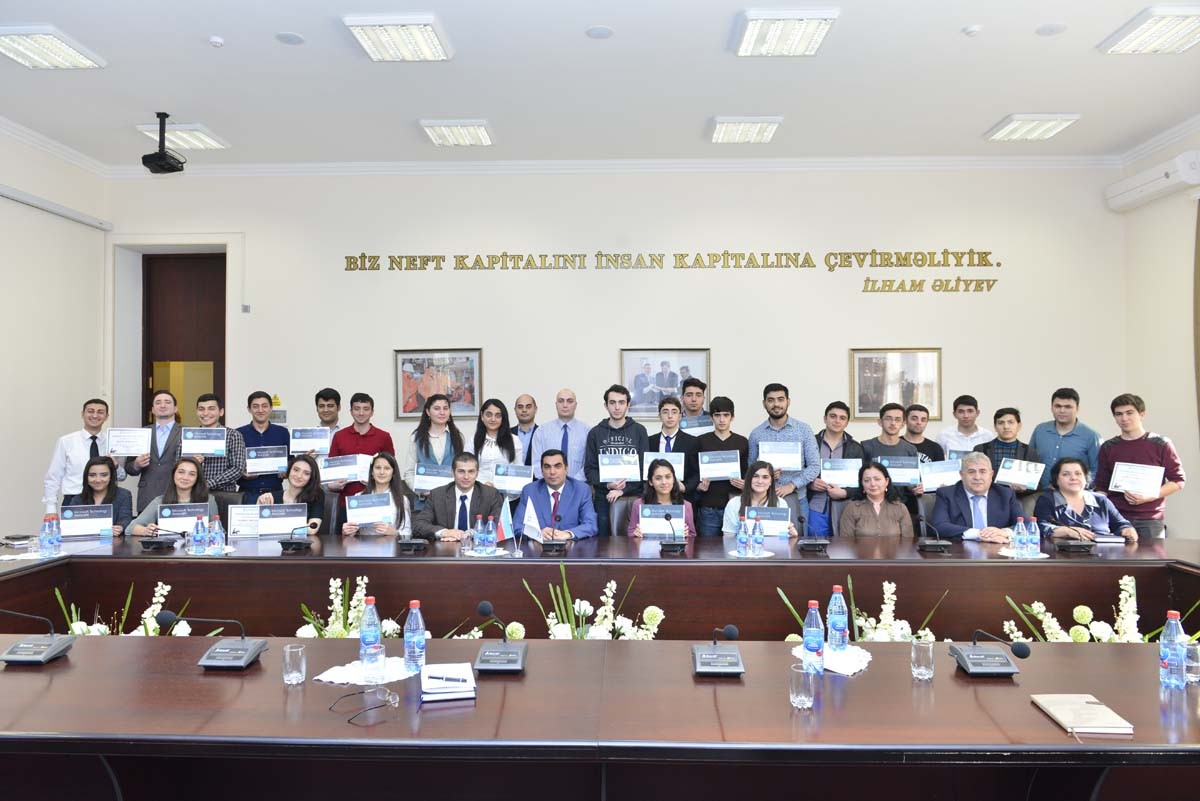 BHOS second and third year students studying in process automation engineering who successfully finished Microsoft Imagine Academy of Microsoft IT being the winners of Robotics Contest held at BHOS were granted the certificates.

Opening the meeting BHOS rector Elmar Gasimov welcomed the participants and congratulated the students who made the above achievements.

Emphasizing significant steps taken at BHOS directed to students' formation as professional engineers BHOS rector said he was convinced that their achievements would be even more noticeable during the upcoming years.

While thanking BHOS process automation engineering department for organization of the mentioned meeting Elmar Gasimov stressed the importance of the said specialization particularizing that the department in question attached great significance to students' activity. BHOS rector also underlined that BHOS was always interested in exploring students' talents constantly taking care of them. Elmar Gasimov wished the winners every success.

Head of information resources and technologies department of the National Parliament Shahin Hasanov said he was glad to be at BHOS stressing that the conditions provided for students at BHOS were very helpful for their professional growth. He heartily congratulated the winners.

Congratulating the winners, manager of education cooperation section of Microsoft Emin Akhundov informed the attendees about company's new projects and called students to join them.

BHOS second and third year students studying in process automation engineering and who successfully passed the examinations were granted "Software Development Fundamentals" certificates and the certificates on the winning Robotics Contest held at BHOS.