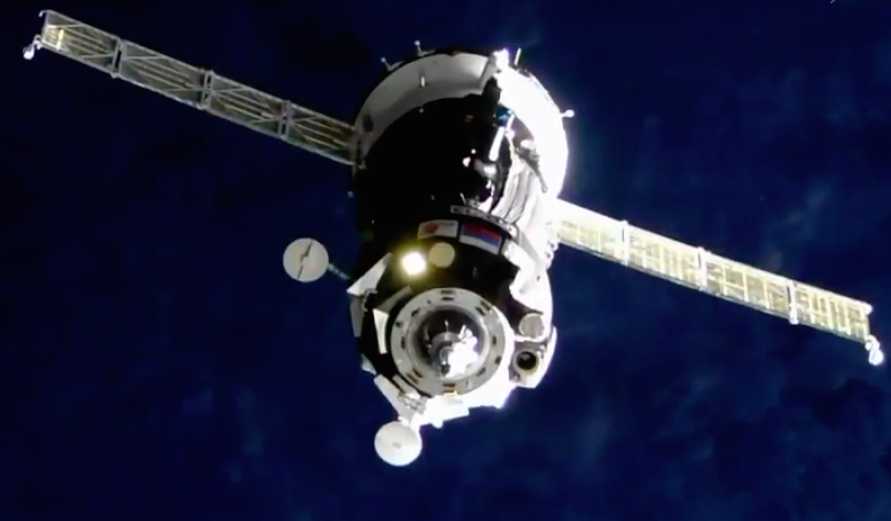 The Soyuz MS-07 spacecraft with three crewmembers of the long-term Expedition 54/55 has undocked from the International Space Station (ISS) and is heading for Earth, Russia’s Flight Control Center reported on Sunday.

"The Soyuz MS-07 with the crew of the long-term Expedition 54/55 has undocked from the International Space Station," the Flight Control Center said.

At 2:48 p.m. Moscow time, the Soyuz MS-07 will switch on its deceleration engines and start its deorbiting maneuver. The spacecraft with the crew is expected to enter the dense layers of the atmosphere at 3:17 p.m. Moscow time and land in the steppes of Kazakhstan near the town of Zhezkazgan at 3:41 p.m. Moscow time

The crew comprising Andrew Feustel (the crew commander, USA), Oleg Artemyev (Russia) and Richard Arnold (USA) will continue working aboard the ISS. On June 6, a Soyuz MS-09 spacecraft is scheduled to blast off from the Baikonur spaceport to deliver Russian cosmonaut Sergei Prokopyev, US astronaut Serena Aunon and German astronaut Alexander Gerst to the world’s sole orbiter.

Two Russian Mi-8 military transport helicopters earlier surveyed the area of the crew’s landing. The military personnel checked the terrain for the potential presence of wildfires, the accumulations of water and machinery and artificial obstacles. The search and rescue operation involved 12 Mi-8 helicopters, three An-12 planes and one An-26 aircraft and 20 motor and special vehicles, including six amphibious vehicles and about 200 personnel.