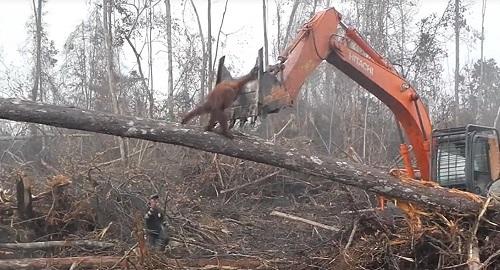 The animal was seen furiously lashing out against a digger in the Sungai Putri forest in Borneo, Indonesia, as loggers bulldozed through.

The video was captured by the International Animal Rescue, an animal welfare charity.

"This desperate orangutan is frantically seeking refuge from the destructive power of the bulldozer; a machine that has already decimated everything else around him," the International Animal Rescue said.

The orangutan was rescued from the digger uninjured.