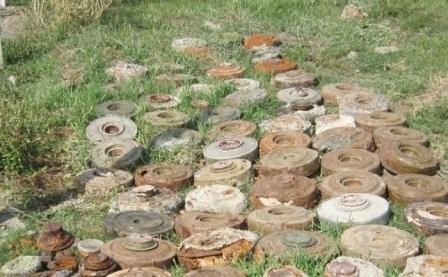 The antipersonnel mines found in the Afetli village of Aghdam are Armenian-made.

He noted that the mines thrown into the River Gargar by Armenians have made their way into grazing areas.


“The mines discovered are similar to Russian-made PM antipersonnel mines. They are Armenian-made and capable of exploding even if only slightly pressed. All residents of the villages situated along the River Gargar have been informed, Zulfugarov said.


He noted that five mines have been found up to now. “Our specialists neutralized the mines right on the spot after receiving the information from local residents. Search efforts are ongoing,” he added.