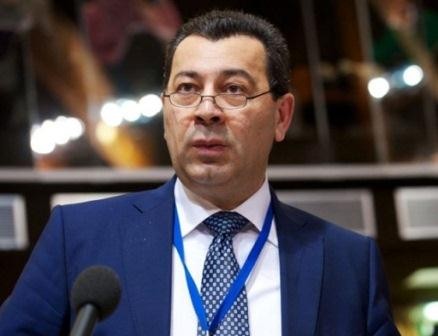 Seyidov was commenting on the significance of the PACE spring session for Azerbaijan.

Seyidov, who is also the chairman of the international and interparliamentary relations committee at the parliament of Azerbaijan, said that Azerbaijan was supported by many countries and organizations during the session.

"I would like to stress the appeals related to the main problem of Azerbaijan - Nagorno-Karabakh conflict, the support for the country`s territorial integrity," he said.

"I also would like to emphasize the speeches made by the guests, including Turkish prime minister, representatives of the CE Committee of Ministers, officials of other countries," he said. "They also spoke about the territorial integrity of Azerbaijan."

Seyidov said that the appeals for the peaceful settlement of the Nagorno-Karabakh conflict should be also stressed.

Seyidov positively assessed the Azerbaijani delegation`s activity as part of the session.

"I positively assess the activity, speeches and reports of the Azerbaijani delegation`s members," he said. "I think that the relations between Azerbaijan and the CE are being developed in a constructive way."