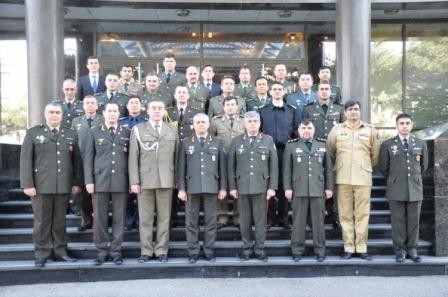 On February 16, the military attachés of foreign embassies accredited in Azerbaijan were received at the Ministry of Emergency Situations.

The guests were first familiarized with the crisis management hall and the operation hall of the ministry’s Crisis Management Center. They also visited the Multimedia Center, the ministry said in a statement.

Later the attachés met with ministry officials. The guests were informed about the ministry’s achievements in the prevention of emergency situations and elimination of their consequences. At the end of the meeting, a documentary on the ministry’s activities and footage on the large-scaled operation conducted by the ministry were demonstrated.