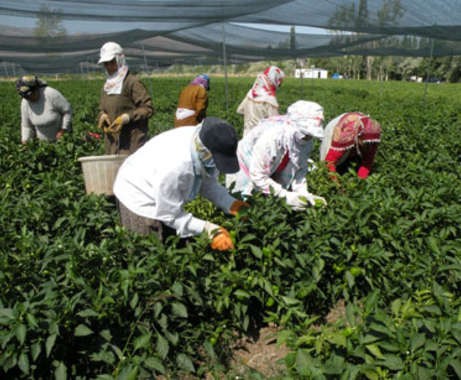 Many foreign businessmen seek to find their place on the Azerbaijani market following the government’s decision to develop non-oil sector of the country through creating a room for new investors.

The Netherlands has announced its interest in cooperation with Azerbaijan in the sphere of agriculture.

Dutch Ambassador to Azerbaijan Robert Jan Gabrielse said this sector is of great interest for the Netherlands, as the country is the second largest exporter of agricultural products in the world.

The main attractive sectors for the Netherlands are water industry and lake water purification, according to the ambassador.

"Moreover, we actively cooperate within the lake water purification projects."

The ambassador emphasized that the Netherlands has already had an experience in cleaning Boyukshor Lake, Azerbaijan's second largest lake and the largest lake in the Absheron Peninsula, polluted with the waste from surrounding industrial facilities.

"We have already participated in purification of the Lake Boyukshor near the Baku Olympic Stadium and plan to continue the cooperation in this sphere," said Gabrielse.

Moreover, the Netherlands and Azerbaijan continue to cooperate in the sphere of education - the Maastricht School of Management successfully cooperates with Azerbaijan Diplomatic Academy, the Dutch diplomat added.

The ambassador pointed out that the Dutch Minister of Economic Affairs Henk Kamp will visit Baku on May 10-11 and a Dutch trade delegation consisting of 30 people is also expecting to arrive in the capital on May 17-20.

"During the upcoming visit, our delegation will also become familiar with the conditions created in the agricultural and industrial parks," he added.

A number of the Dutch companies will take part in the agricultural exhibition Caspian Agro 2016, scheduled for May 19-21 in Baku. An exhibition hall of the Netherlands will be organized with support of the Dutch government.

The relations between the Netherlands and Azerbaijan have strengthened over the past years. More than 50 companies with the Dutch capital operate in Azerbaijan in the spheres of shipbuilding, logistics, ecology and banking. A business center, which operates as a coordination center for companies, was created for strengthening business relations between the two countries.

The trade turnover between the two states amounted to almost $44.75 million in the first quarter of 2016 and more than half of these funds accounted for the export to the Netherlands, according to Azerbaijan's State Customs Committee.