I was very pleased with what I saw in Baku 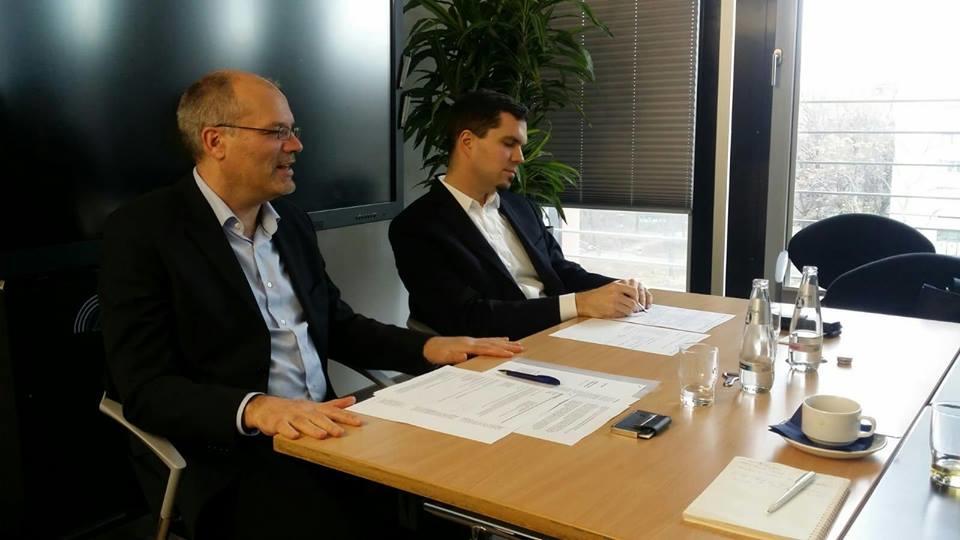 Within the framework of the Berlin Education Tour, a joint project of the Economic and Social Development Center of Azerbaijan (CESD) and German IDEM, Azerbaijani journalists were guests of the Eastern Committee of the German Economy.

Axar.az reports that, the head of the Working Group on the Digitalization of the Eastern Committee of the German Economy, Stefan Keibein has met with journalists. He said that the Center participates in more than 100 different events each year, including conferences, business trips, meetings with government partners from 29 partner countries.

Stefan Keebein stressed that he also attended the III International Forum on "Improving Managerial Skills in Azerbaijani Business Community: Azerbaijan-Germany Cooperation" at Baku Business Center in November and was very pleased with the forum.