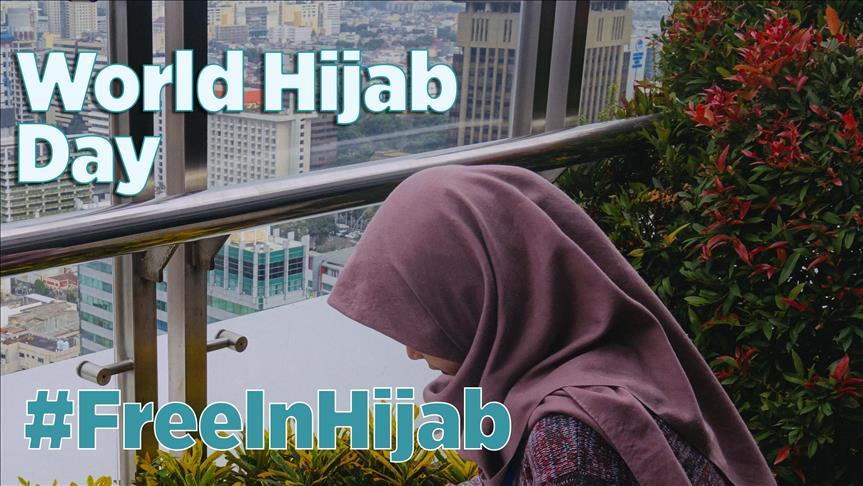 World Hijab Day, initiated in 2013 to encourage women of all religions and backgrounds to wear the hijab in support of Muslim women on Feb. 1, is being marked on Friday.

Axar.az reports citing Turkish Media that, in 2017, World Hijab Day became a nonprofit organization, with a mission to fight discrimination against Muslim women through awareness and education, according to its official webpage.

According to a statement from the NGO on Jan. 20, the motto for World Hijab Day (WHD) 2019 is “Breaking Stereotypes. Shattering Boundaries” with the hashtag #FreeInHijab.

“#FreeInHijab is the much needed hashtag for our current global situation where women in hijab are labeled by media as oppressed and symbolically imprisoned,” Nazma Khan, the founder of the annual event, had previously told Anadolu Agency.

“Through this hashtag, women are encouraged to voice their choice of wearing the hijab; thus dispelling common misconceptions,” Khan had said.

Khan said her motive behind the creation of the day was the hardships she faced due to her hijab when growing up in the New York City.

“I was constantly bullied in middle school and high school. Discrimination took on a different height after 9/11,” she said, recalling the Sept. 11, 2001 attacks in the U.S.

Khan said there were many milestones in the past five years and one of them was the recognition of the WHD by New York state in 2017.

The same year, the House of Commons of the U.K. hosted an event marking the day, where Prime Minister Theresa May was also present, she added.

In 2018, the Scottish Parliament also hosted a three-day exhibition to mark the day, and the Philippines also took steps to declare Feb. 1 as national hijab day.

The statement of the NGO on Jan. 20 said the overall mission of WHD is to create a more peaceful world where global citizens respect each other.

"This is most crucial in these times where Hijab is being banned in some countries while in other countries, Muslim women are being targeted and harassed verbally and physically," the statement said.

It included some examples of attacks or forms of oppression and discrimination that the Muslim women wearing hijab suffered in different parts of the world.

"We must STAND for Muslim women’s right to cover," the statement stressed.

The statement also invited women to show their solidarity by either wearing a hijab (headscarf), or posting selfies with hijab on and joining the online conversation using the hashtags: #FreeInHijab and #WorldHijabDay on Friday.