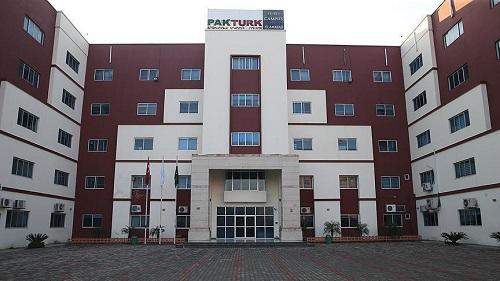 An Azerbaijani school has opened in France’s Nantes city.

This school in Nantes was established upon instructions and recommendations of Azerbaijani First Vice-President, President of the Heydar Aliyev Foundation Mehriban Aliyeva.

The building rented for the school has been repaired by the Coordination Council of Azerbaijanis of France and the Azerbaijani community for three months.

While delivering the opening speech, Fuad Muradov spoke about the importance of the Karabakh school, which opened upon Mehriban Aliyeva’s instructions and stressed the importance of continuing such successful projects.

Stressing that naming the school as "Karabakh" is of special political significance, the chairman said that more schools with this name will open in the future.

He also stressed the importance of joint activity of the Azerbaijani and Turkish diasporas in France.

In his speech, Turkish Consul General in Nantes Ebrar Cubukcu stressed that the opening ceremony of the Azerbaijani school in Nantes is an important and significant step.

He stressed that the Turkish community operates near this school and close ties will be established between the community and the school in the future.

Everyone who spoke at the ceremony said that the opening of such a school in France is an important step. More success will be achieved thanks to the diaspora policy being successfully pursued by Azerbaijani President Ilham Aliyev.

The new school also has a library with books about Azerbaijan in French and Azerbaijani languages. The committee intends to expand the library of the school in the future.

Children in national costumes read poems, performed the “Yally” dance and danced to “Sari Gelin” song during the opening ceremony of the school.

This is the first important project implemented by representatives of embassies, as well as by individuals representing the Coordination Council.