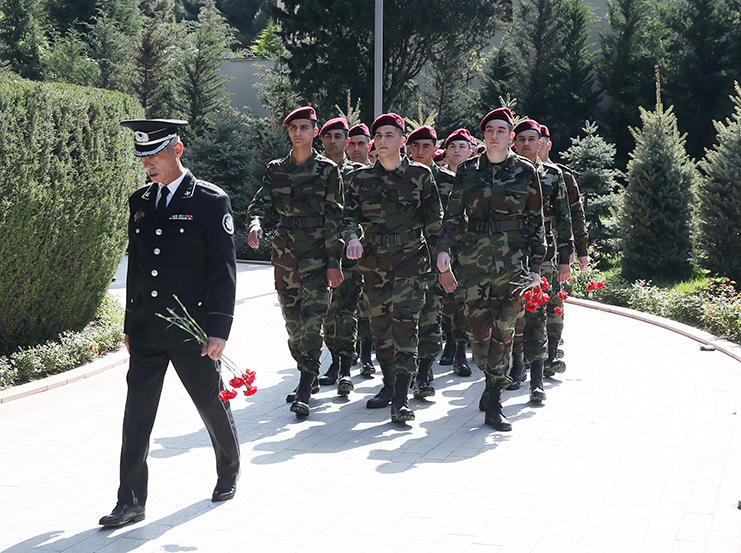 On May 7, the staff of the State Security Service (DTX) came to the Alley of Honor to commemorate national leader Heydar Aliyev.

Axar.az informs that, Chief of the State Security Service Colonel-General Madat Guliyev, officers of the Service, officers and soldiers of the military unit of the DTX Nine laid wreath on the grave of the great leader and expressed their respect for his dear memory.

National leader Heydar Aliyev's founder, the founder of the nationalization process and professionalism school in the development of the security bodies of Azerbaijan, in this important state institution, has unprecedented services. The role of the Great Leader in the policy of nationalization in the state security bodies during the Soviet period, as well as the promotion and promotion of Azerbaijani cadres is invaluable. Today, the staff of the State Security Service continues to work with the honor and dignity of the genius patriotism and professionalism of the genius leader, in the work of safeguarding our independence and our statehood. Each employee of the service is proud of that. Our people are convinced that our country, which is a worthy successor of the nationwide leader Heydar Aliyev, is confidently confident in future with the leadership of President Ilham Aliyev, will make new victories. The Azerbaijani soldier is capable of fulfilling any task set before him.