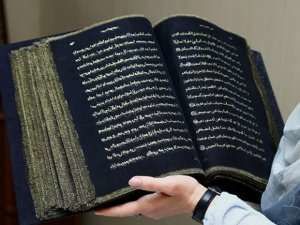 Some 15,000 copies will be distributed to the Muslims once the publication is completed with the cooperation of Turkey’s Presidency of Religious Affairs as part of the project “Let my gift be the Quran,” Cemil Alici, the religious services advisor at the Turkish Embassy in capital Addis Ababa, told Anadolu Agency.

Alici said 6,000 of the copies will be distributed in the holy month of Ramadan.

The work, which is supported by the Ethiopian Islamic Affairs Supreme Council, is of great importance for Muslims as translation of the Quran in the country’s official language Amharic is not widespread.

Alici said that Ethiopian youth, especially those living in the rural areas, are having lack of access to the Quran in book form.

“One of the most widespread languages in Ethiopia is Oromo,” he said, adding that works to publish the Quran with Oromo translation may be on the agenda after the Amharic version, as there is a demand for that.

The TDV also plans to publish translation of the Quran in Japanese, Nepali, Bambara and in Urdu languages.

The holy Quran has been published in 67 countries so far in the scope of the project.