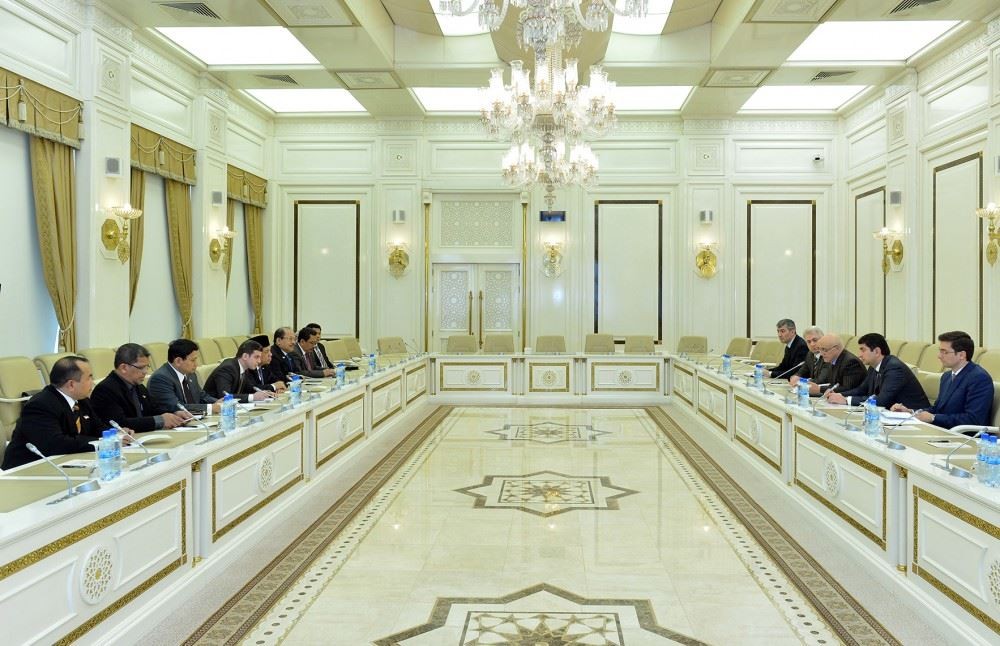 The Deputy Speaker highlighted the existence of legal base between the two countries.

Mr. Alasgarov provided an insight into the causes and consequences of Armenia-Azerbaijan, Nagorno-Karabakh conflict. “Armenia has not fulfilled the requirements of international documents adopted on the conflict,” he added.

Fahri Hamzah, in turn, expressed his country`s keenness to further boost cooperation with Azerbaijan. He stressed the importance of parliamentary diplomacy in developing ties between the two countries.

Fahri Hamzah said his country supported solving the Armenia-Azerbaijan, Nagorno-Karabakh conflict on the base of principles and norms of international law and within the territorial integrity of Azerbaijan. The Indonesian Deputy Speaker said his country condemned the massacre perpetrated against the humanity in Khojaly. “Indonesia will continue diplomatic efforts on restoring the territorial integrity of Azerbaijan, “ he added.