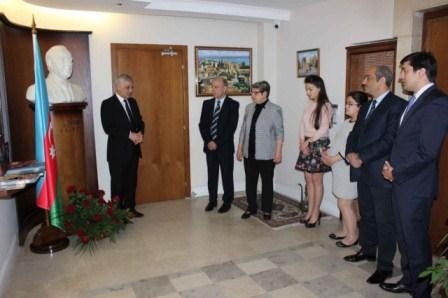 The Embassy employees laid a wreath at the bust of the national leader.

He said that Azerbaijani President Ilham Aliyev successfully continued domestic and foreign policy whose foundation was laid by the national leader.