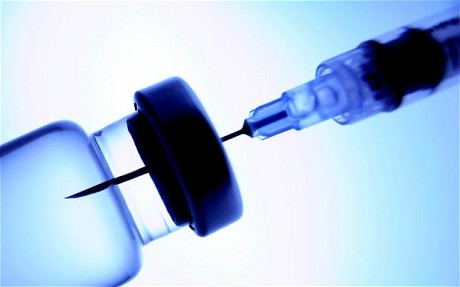 Brucellosis, a global infectious disease caused by a bacteria, remains a complicated issue for Azerbaijan, which experienced the tough epidemic situation with brucellosis in its several regions by the end of 1980s.

The disease remains an infection, affecting mainly rural populations in the country. Compared to winter, in summer and autumn, the cases of brucellosis increase in number.

Consumption of raw milk and cheese made of raw milk (fresh cheese) is the major source of infection in human. The infection is also transmitted through direct contact with infected materials like afterbirth or indirectly by ingestion of animal products and by inhalation of airborne agents.

Since brucellosis is transmitted from animal to man, its on the focus of veterinary professionals.

Rita Ismayilova, the department head at the National Anti-plague Station recommended to be careful while purchasing milk or dairy produce.

“Some people buy home-made milk and cheese from milkman, which have not undergone heat treatment. People got infected with brucellosis through the use of such products. To avoid contracting the infection, it’s necessary to boil raw milk before drinking, and leave cheese in salt water for 60 days, and roast the meat thoroughly,” she explained.

State Veterinary Service under the Azerbaijani Ministry of Agriculture regularly vaccinates large and small ruminants for brucellosis. Every year a significant number of cattle heads are examined for detection of brucellosis.

Spokesman for the State Veterinary Yolchu Khanveli said that the agency begins to conduct mass vaccination against brucellosis among small cattle.

Animals will be vaccinated with Rev.1 applied by eye drops used worldwide, in accordance with the recommendations of the World Organization for Animal Health.

The vaccine is produced in the form of drops and injections. Rev.1 manufactured for injection produces immunity in animals for two years, while drops for 4-5 years. As immunization is carried out by conjunctival method, the drug is dripped into the animal's eyes. Animals from three months and older are vaccinated.

Specialists say that in connection with the preventive measures, the disease cases has reduced by several times compared to the past 5-6 years.

The disease usually begins with a high fever, which lasts for 7-10 days, but in case of absence of appropriate therapy, the temperature would keep up even by 2-3 months. The fever is accompanied with chills, excessive sweating and general symptoms of intoxication. Later, it is joined by symptoms of musculoskeletal system, cardiovascular, nervous and other body systems.